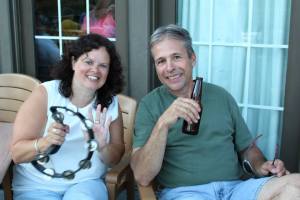 The tambourine.  Always the bridesmaid, never the bride.  Not a featured instrument by any stretch of the imagination.  Search for top 10 tambourine songs on the internet and you come up with a number of sites. Here is my list:

10.  Wheels by The Foo Fighters   This is the only song included on the list from the last 30 years. I don’t know much about the Foo Fighters, but I know this song because Day Ja Voo covers it and I really like it.  When you finally hit the ground, there ‘s another chance to get it right.

9.  Elenore by The Turtles   This song was meant as a satire of Happy Together; the powers that be wanted more of the same, so The Turtles gave it to them.  “You’re my pride and joy, etc.” What is included in etc., anyway?  I think the song is swell.

8.  Go Your Own Way by Fleetwood Mac  How could a list be compiled without the tambourine stylings of Stevie Nicks?  This song was side A and written by Lindsay Buckingham about his relationship with Stevie Nicks.  Conversely, side B was Silver Springs and was written by Stevie Nicks about the same subject (wikipedia).

7.  California Dreamin’  by The Mamas and The Papas  Quintessential song by the quartet.  It made the Rolling Stone’s list of the 500 Songs Greatest Songs of all Time.  There are youngsters who only remember Michelle Phillips from her various TV roles and have no idea that she co-wrote this song..  The Earthtones do a great cover of this but there is no video of that, but you can catch The Mamas and The Papas on Youtube.

6.  Cherry Cherry by Neil Diamond  The first time I ever saw Day Ja Voo, they started playing a tune I thought for sure was this song.  I grabbed the tambourine and began a very enthusiastic beat.  When they started singing, I realized that it was actually John Mellencamps’s Rockin’ In the USA.  I had to pretend to like this song so I didn’t look stupid.  Longest musical performance of my life.

5.  Suite Judy Blue Eyes by Crosby, Stills, and Nash  I didn’t realize that it is actually a collection of 4 short songs, hence the suite in the title.  The fourth song is in Spanish, something else I didn’t realize.

4.  Daytripper by The Beatles  There are so many Beatles songs that make me happy, but this song seems to showcase the tambourine the best, in my opinion.

3.  Hey Jude by The Beatles  This song is not an easy one to sing and play,  There are several different instruments featured, but I do like how the tambourine gets its turn as well.

1,  Daydream Believer by The Monkees  This list wouldn’t be complete without a Monkees song; Davy Jones is easily one of the most recognizable tambourine players.  It is interesting to note that in the video of this song, Mickey Dolenz is the one coaxing the rhythm out of the instrument.

One thought on “Top 10 Tambourine Songs”